As a housing, data center and connectivity leader, Interxion is the interconnection node for major companies worldwide. At its locations, companies are ensured the connectivity needed to interconnect, operate and grow their business.

Interxion has 50 data centres in 13 cities across Europe.

Pardot was selected as a marketing automation tool at the group level. The local marketing team at Interxion needed help with data and asset migrations from HubSpot, in addition to consulting support in the implementation of Pardot and use cases.

Advisory support was also sought to prepare a communication strategy on GDPR and its implementation in Pardot.

S4G’s team of marketing consultants led the cross-platform migration, analysing existing data in HubSpot and transferring all exploitable data with Pardot segmentation tools. Once all the data and assets had been deployed, the customer was accompanied on the learning curve and supported during the first shipments.

Regarding the GDPR campaign, a multi-point strategy was developed whereby the new regulations were reported through all communications using dynamic content blocks.

As for Engagement Studio, three major waves of impacts were designed which took the shape of different journeys to ensure as many conversions as possible. 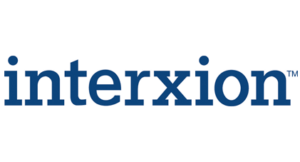 “We partnered with S4G to implement Salesforce and Pardot. They helped us allay our fears about being unable to fully leverage the tools and to take a holistic view on how SFDC and Pardot can serve the company.“

We can help you. Let´s talk?