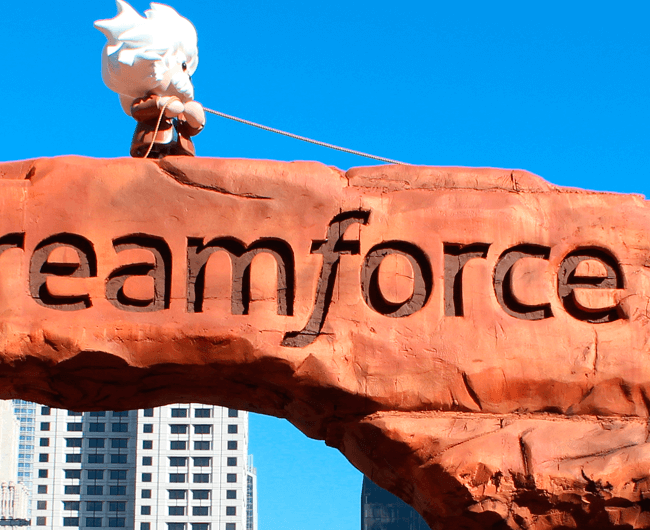 Dreamforce 2017 is the world’s largest tech event organised by a manufacturer, much bigger than the ones organised by Oracle with Open World (around 60,000 visitors) or Microsoft’s Ignite (approximately 25,000). And, like every year, S4G was there as a Platinum Partner.

What can you say about an event which has drawn over 150,000 people in the past 3 years and which sees San Francisco’s population rise by around 15% over the 4 days it is running? Last year I listened to the great Tony Robbins describe Dreamforce as “Disney for geeks” and it’s true that the good vibe, the energy and enthusiasm surrounding the event are not only surprising but also contagious. Salesforce customers, prospective customers and partners attend the event with a childlike enthusiasm for an amusement park, keen to discover everything on offer!

I remember the first time the S4G salesforce went to Dreamforce, back in 2009, the year that Salesforce announced Chatter, the CRM-embedded corporate social network which was absolutely revolutionary for the time. There were fewer than 20,000 in the crowd at San Francisco back then. This year there were over 170,000! 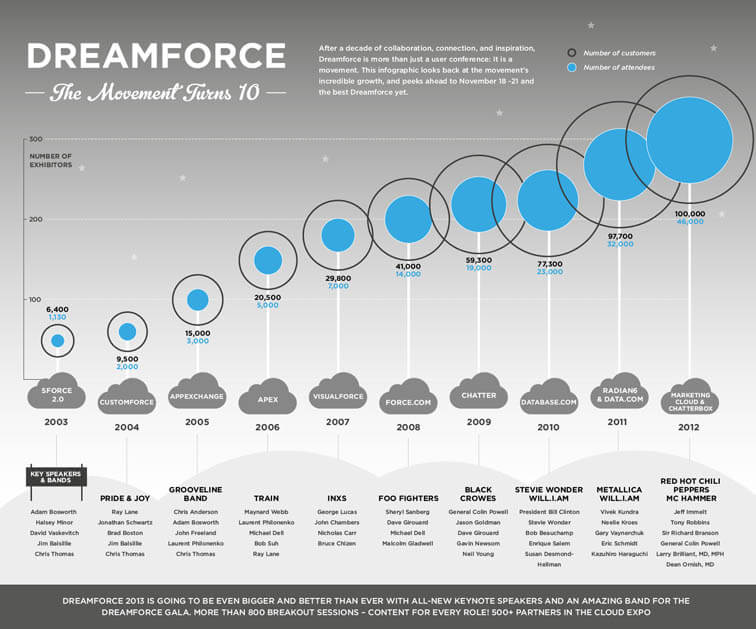 Since then we’ve been able to attend the annual Salesforce event on a regular basis, sponsoring the Spanish delegation as partners since its creation in 2012 and having the opportunity to hear speakers of the likes of Angela Ahrendts (former Burberry CEO), Richard Branson (CEO Virgin), Al Gore (talking about his “inconvenient truth”), former Secretary of State Colin Powell, Yahoo CEO Marissa Mayer, Facebook COO Sheryl Sandberg and, this year, Michelle Obama, the charismatic former FLOTUS with exemplary values.

Salesforce leverages Dreamforce to announce a functionality that has just become available or which will go to market soon, drawing attention to the innovation for which it is known and which has made it the six-time winner of the Forbes title of world’s most innovative company. 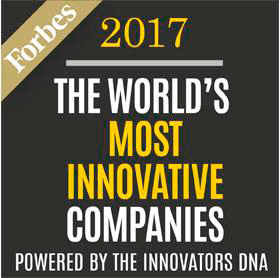 Most important announcements in recent years

What was announced this year?

In our opinion this year witnessed many things in line with Einstein’s consolidation as a Salesforce differential factor. Last year Einstein was purely a vision – this year it was a reality. Announcements included: Einstein Prediction Builder to create predictive models on any database object or field, and Einstein Bots, making it possible to create and train chatbots to provide enhanced automated and smart customer services.

The announcement with the greatest potential was without question the strategic partnership between Google and Salesforce. This will not only provide Salesforce with better integration with GSuite (Google Apps) but make it possible to integrate Marketing Cloud with Google Analytics, making the Salesforce Marketing Automation platform even more special. Furthermore, Salesforce will be supported on the Google platform to expand its international infrastructure (remember Salesforce launched a similar agreement with Amazon in May 2016). 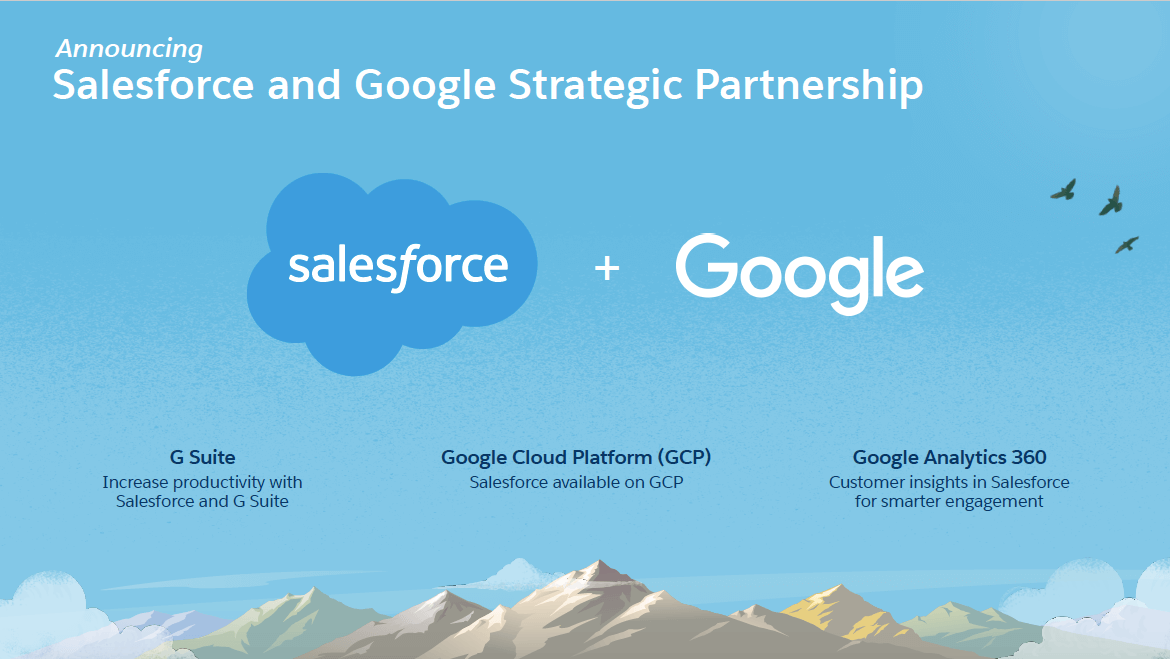 Regarding GSuite, this integration will, for example, mean that for the first time you can send Salesforce info to Google Sheets and integrate it in a two-way fashion (making it possible, for example, to update Salesforce date from Sheets). Google will suggest future actions in line with email content and will be able to have Salesforce information in Hangouts to have the context of the business and the person you are interacting with.

As is the norm, roadmap (or rather, in Beta) functionalities were announced during the event of the difference Salesforce clouds, such as, for example, Lightning Dialer, Dynamic pages and Report Builder for Sales Cloud.

Here is a brief description of the products announced at Dreamforce 2017 this year with links to access detailed Salesforce information: 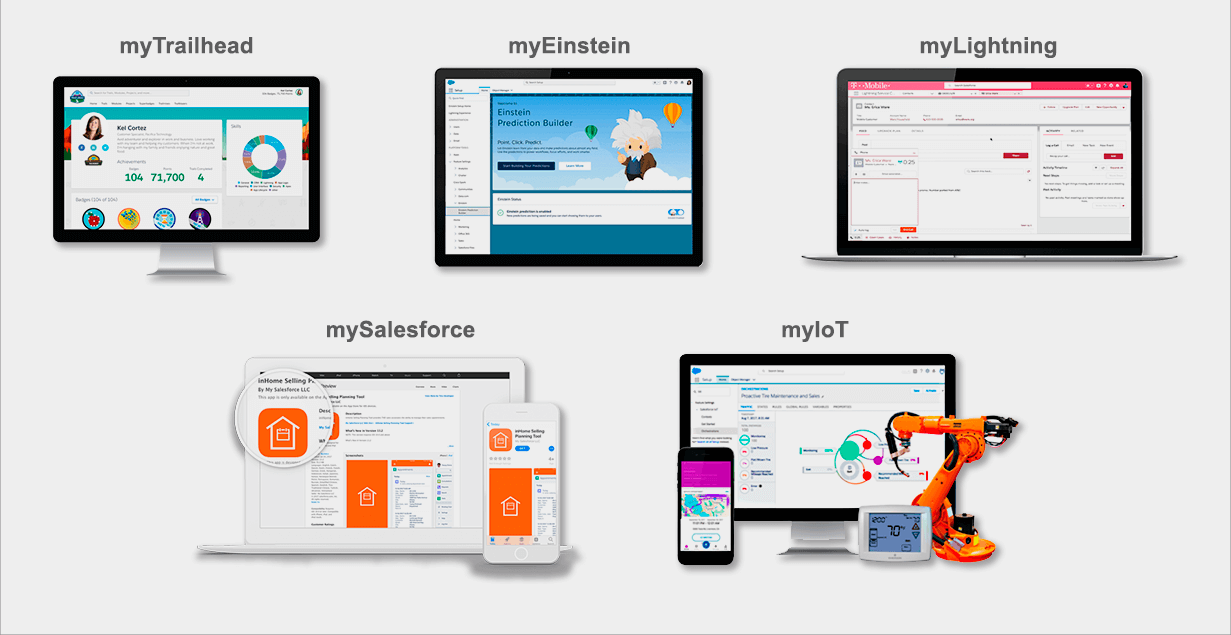 Our solution Currency Updater was presented as one of the top Appexchange solutions at a Dreamforce session last year.

This year we had the pleasure of the company of our friend and customer Juan Manuel Caballero, CIO of Trasmediterranea, who explained the success of his complex Service and Marketing Cloud project at a breakfast for the Spanish delegation and conducted a live demo of its implementation that wowed the crowd. Juan Manual was also invited to one of the Dreamforce panels to discuss his experience with the project.

We were thrilled to attend the Salesforce event of year once more and engage as a Platinum Partner sponsor of the Spanish Salesforce delegation and reach out to its 200-plus members.

PS: Check out the photos of our team at the Dreamforce 2017 sessions and events.